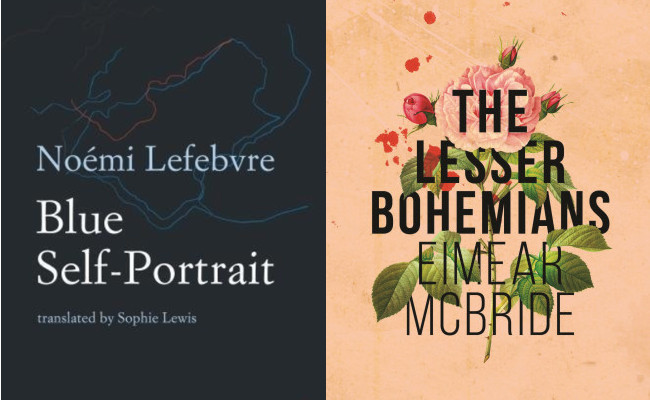 Noémi Lefebvre’s Blue Self-Portrait (Les Fugitives) is a novel of angst and high farce, caught between contrary impulses to remember and to ignore. She will be in conversation with Baileys Prize for Women’s fiction winner Eimear McBride, whose latest novel is The Lesser Bohemians (Faber). Chaired by translator Sophie Lewis.

Following this dialogue, Noemi will be joined by two up and coming writers from Editions Verticales: Pierre Senges, known for his radio adaptation of Gustave Flaubert’s Bouvard et Pécuchet, as well as for his quirky, poetic Lichtenberg Fragments (Dalkey Archive), and Quebec-born Hélène Frédérick. Conversations with the writers will be accompanied by a series of readings on realism, literary debt and new forms of writing, introduced by Emmanuel Bouju (IUF) and Jeanne Guyon (Verticales).