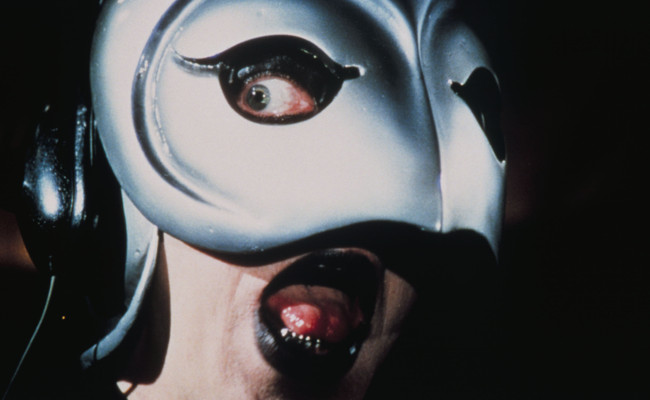 Phantom of the Paradise

Composer Winslow Leach hides his wounded face beneath a sinister silver mask and writes his music for the woman he loves. Betrayed by evil producer Swan, he decides to haunt his rock palace, the Paradise. Brian de Palma’s rock opera is a flamboyant horror comedy loosely adapted from Gaston Leroux’s The Phantom of the Opera.