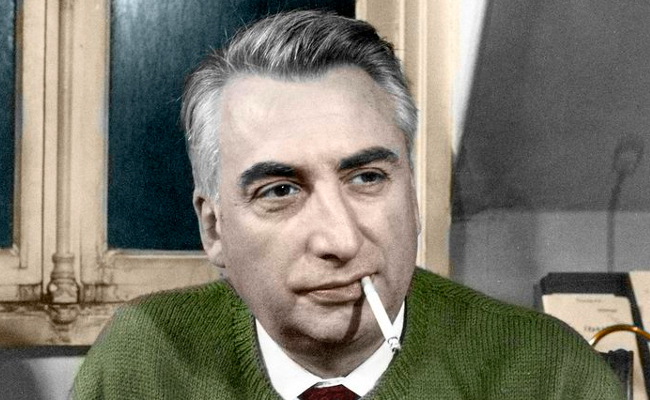 Television Degree Zero was a special edition of BBC’s The Late Show (1990): a pithy deconstruction of the legacy of one of France’s most influential intellectuals, Roland Barthes, whose essay The Death of the Author first appeared in France in 1968. The screening is preceded by a selection of interview clips with Jacques Derrida and Hélène Cixous, as part of Radical Broadcasters Theory On TV.